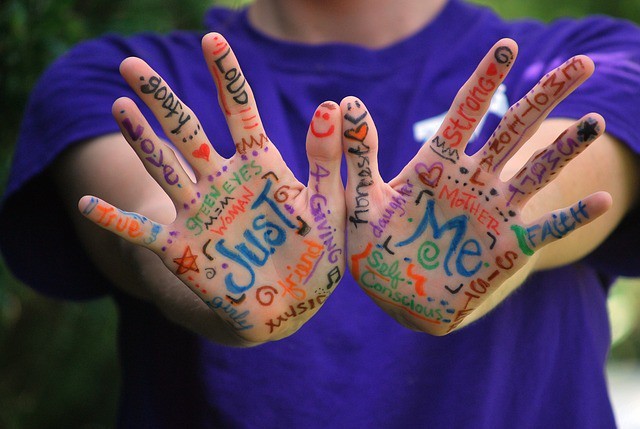 Body language is the way to express what we feel in ways other than words.

Oftentimes, we unconsciously communicate our personal feelings and emotions as well as our attitude through our body movements. In this article, we will discuss about the 13 amazing ways that we move our bodies and what they actually mean.

1. The moment a person crosses both legs and arms, he or she has emotionally withdrawn from the recent conversation he or she is in.

3. When a man feels discomfort, he tends to touch his face while a woman unconsciously touches her neck, clothing, hair or arm.

4. A dramatic increase in the eyes’ blinking rate shows that the person is under pressure.

5. A person who bites his or her nails shows a sign of frustration or suppression.

6. Those who get their chin up shows a boost of confidence or pride.

7. A sudden urge to kick is an indicator of discomfort. People who are being interviewed or asked some things tend to kick when they encounter a question that they don’t like or affects their feelings negatively.

8. Although not similar in some cases, people who put their arms behind their back and do the ‘regal stance’ tend to convey a message that says, ‘keep distance’ or ‘don’t come near me.’

9. A hand on the cheek usually means that the person is trying to think of considering something and if the brows are furrowed, it conveys that he or she is focused on something on a deeper level.

10. When a person starts tapping his or her fingers or acts like drumming, it is a sign of becoming tired or impatient whilst waiting for something.

11. A person who opens his or her palms facing upward such as that gesture when in a surrender mode, may also communicate honesty, sincerity and submission. We also see this gesture in the church worship as a sign of respect.

12. Touching or gently rubbing one’s nose is a sign of rejection, doubt or lying. Be careful with these signs as you may not be consciously aware of it and others may know how to interpret its meaning.

13. While women tend to put their hand on their cheek whilst pondering on something, guys tend to stroke their chin or beard when they are concentrating on something to make a decision.

Whilst these gestures are being done without us intentionally doing them, we tend to become more conscious if we learn how our body movements communicate our feelings. In a way, it is helpful for us to learn their meaning so that we can understand what people feel when we see them doing those gestures. On the other hand, if we find ourselves doing them, we can start reflecting how the movement would affect others knowing about how we think and feel.