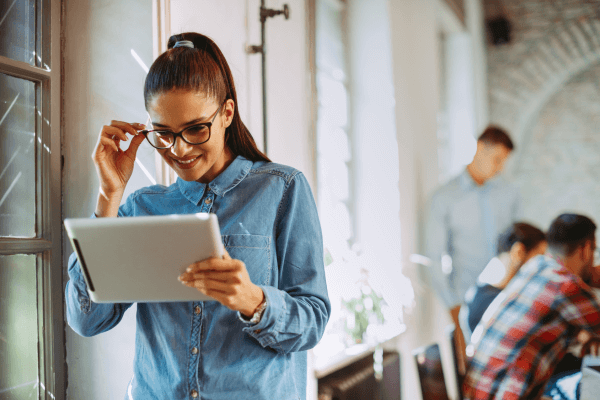 “You’re seriously going travelling on your own? But, you’re a girl…a digital nomad”

There’s a big cloud of uncertainty about girls travelling on their own. On the one hand, we are strong independent women who are just as capable of doing everything men can do. On the other hand, not everyone sees us that way. So, what’s a girl to do if she wants to hit the road and ditch the rat race? The answer is simple: ignore everything you’ve heard and go.

Being a female digital nomad is amazing – make no mistake about this. But, it comes with its fair share of challenges.

Don’t expect every day to be sitting on the beach with your laptop and a cocktail. There will be days like this, but there will also be days where you are stuck on a bus for 26 hours or find yourself lost in some concrete maze, tired and hungry and carrying your whole world on your back.

So, here is a realistic look at exactly what it means to be a female digital nomad.

You Have Complete Freedom

Let’s start with the best thing about this lifestyle choice. You are the very definition of freedom. Get to a place and don’t like it? Just leave. Get to a place and love it? Find yourself an apartment and stay for 6 months. It’s completely up to you. Obviously, this isn’t exclusive to females but for women, this freedom is incredibly empowering in a world that doesn’t give women the same liberties as men.

Being a female digital nomad is about taking full control of your own agency and doing exactly what you want.

You Will Encounter Horrible Men

So I’m going to try and sandwich this bad point between good points to soften it somewhat but this one can be a killer. Unfortunately, men will be your biggest source of trouble wherever you are in the world. I’m from London and back home it’s rare to get more than a glance or the occasional catcall from men in the streets.

As a solo female you will attract unwanted attention. That’s all I will say on the matter.

It Is Easier Than It Seems

A lot of women don’t think they can become digital nomads because they see the digital world as a male arena. It is true that the IT world is dominated by men but that doesn’t mean women can’t make their mark. Now, I’m a writer, which is a much more female friendly profession, but I know lots of incredible women who have smashed through the computer science glass ceiling and are making tons of money whilst proving that girls can tech-out just as hard as boys.

It isn’t an instant process but becoming a digital nomad is far from impossible. Girls: learn how to code/ write/ edit/ design and then get good at it. That’s all it takes.

You Will Meet More Amazing Women

There are thousands of women out there who have sacked off the 9 til 5 and are out there seeing the world. It is nice to stay in a snazzy hotel every now and again but staying in dorms in hostels is a much better option for a digital nomad. A lot of hostels even have female only dorms if you don’t feel comfortable sharing a room with strange men. Hostels are great for meeting people but make sure you choose ones with good communal areas – this is where people mingle.

A lot of people think that being a digital nomad is lonely but it doesn’t have to be. There are always people to hang out with. Be bold and talk to people. You’ll be surprised by how many beautiful friendships you will form just because you had the confidence to say hi.