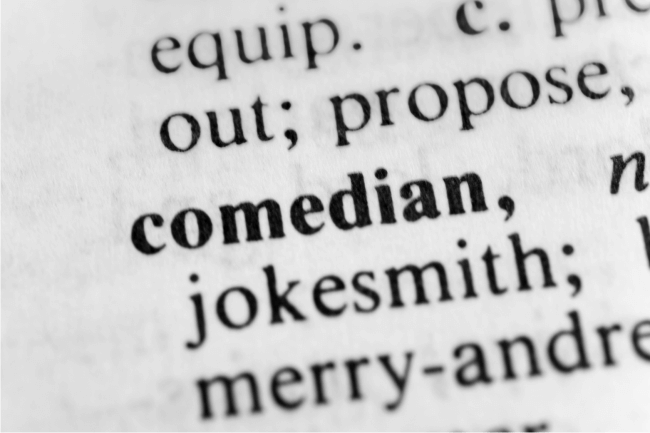 It is a tragic truth that there are very few successful female comedians out there. Sure, we have Amy Schumer, Tina Fey, Sarah Silverman and a handful of others, but these women represent just a tiny fraction of the total number of active comedians. If you have ever tried to broach this topic you might well have heard someone retort with, “well that’s because women just aren’t as funny as men”. Too many times have I heard this excuse for the gender imbalance in the world of comedy, coming from the mouths of men and women alike.

What Is the Reason?

Watch any panel show or go to any major stand-up night and the lack of women will be stark. For some reason, producers have a paralysing fear of letting too many women on the scene at once. Is it because they are scared of being emasculated? Is it really so primal as a need for dominance? Or is it because they think the audience will get bored of relentless period and “I’m so fat” gags.

Whatever the reason might be, having far too few female comedians is not something we should sit back and ignore. This lack of diversity is symptomatic of a much larger problem – that of widespread and deeply-rooted gender inequality. The comedy sphere might not seem that important but getting more women involved is essential for several reasons.

Women Need to Show How Funny They Are

The more female comedians we see and the more of their material we consume, the more likely we are to kick this annoying notion that women are not funny. Women have far more to offer than just jokes about being single and having synchronised menstrual cycles.

Women are just as funny as men – and in some cases far funnier. The difference is women seemed to be trapped in a box of what is “acceptable” for women to joke about. When men talk about sex it is hilarious, when women do it, it is crass. When men joke about their kids or being a bad parent, it’s entertaining and endearing, when women do it, it is disingenuous and disappointing.

Once women break out of this box and start encroaching on what has heretofore been considered ‘male territory’ in the comedy world, then they will really start to shine.

It Brings Us One Step Closer To Eradicating Sexism

It is unfair to paint all male comedians with one brush, but it is fair to say that a significant amount of male comedy material is at the expense of women. If it’s not their girlfriend or wife, it’s their mother or sister. These jokes are fine – to a certain extent. So long as it isn’t genuinely degrading or disgusting, we don’t mind jokes about women. The problem is that it is not reciprocal. Mother jokes are an age-old part of comedy. Father jokes? Not so much. The nagging wife has been done to death. The useless husband?Again, not as much.

So, when are women going to be allowed to start making jokes at the expense of men to even out the playing field a little bit? Maybe once this starts to happen we won’t have male and female comedians. Instead, we will just have comedians, all of whom are judged on the quality of their material rather than by what they have in their pants.