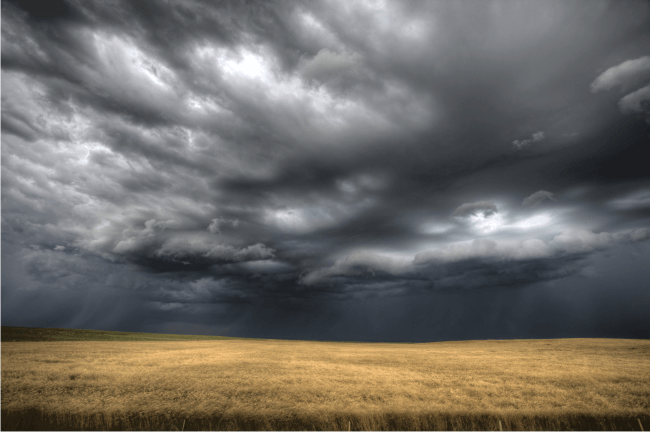 Whether you believe the statements coming from the White House regarding the state of our planet or not, climate change is happening. There are those that will deny it, but the facts speak for themselves and 97% of scientific researchers across the globe believe that climate change is real and is the most serious issue our civilisation faces. If we don’t act now, we could become extinct sooner than we could have ever anticipated. Our planet is warmer now than it has been at any point over the past 650,000 years and this is going to have devastating effects.

Wherever you stand on the debate, it is good to have an idea of what, exactly, is going on and how climate change will affect our planet. Here are four facts about climate change that will make you realise just how important this issue is.

Glaciers are melting at an alarming rate

In Patagonia, which spans the southernmost parts of Chile and Argentina, glaciers are receding at an unprecedented pace. This is having ripple effects on water levels and destroying the natural habitats of the fauna that inhabits that desolate region. Furthermore, the ice coverage in the Arctic Sea reached a record low in 2017. If this continues then we could be saying a farewell to ice and glaciers altogether in the foreseeable future.

The most worrying knock on effect from ice melting is rising sea levels. This issue is affecting islands and threatening to wipe out coastal towns if it continues. While the seas only appear to be rising at what could be considered a negligible amount (3.4mm per year), the effects are still substantial. These effects include loss of habitat for animals and people, soil contamination as seawater creeps inland, erosion and wetland flooding.

Climate change is responsible for a new wave of refugee crises as millions of people are being displaced because of altered climate conditions. Over the past few years, millions of people across the world were evacuated or forced to move permanently because of climate-related natural disasters. Cyclones and floodings have been linked to climate change and have had catastrophic effects on the human population of our planet. The United Nations has also pinpointed climate change as a source for increased conflict in tense zones in Africa and the Middle East.

Earth could warm up by six degrees before 2100

There are estimates by scientists that predict that the temperature of the planet could increase by anything from two to six degrees Celsius before the end of the century. This might not affect us directly but it is definitely going to affect our children and grandchildren. This kind of increase in temperature is going to destroy the carefully balanced eco-system that keeps the planet running. Natural habitats will be irrevocably altered and agriculture will take a serious hit. In addition to this, people living in hot countries, where temperatures often hit the 40s, will be unable to carry on living there with this increased temperature.

This website uses cookies to improve your experience while you navigate through the website. Out of these, the cookies that are categorized as necessary are stored on your browser as they are essential for the working of basic functionalities of the website. We also use third-party cookies that help us analyze and understand how you use this website. These cookies will be stored in your browser only with your consent. You also have the option to opt-out of these cookies. But opting out of some of these cookies may affect your browsing experience.
Necessary Always Enabled

Any cookies that may not be particularly necessary for the website to function and is used specifically to collect user personal data via analytics, ads, other embedded contents are termed as non-necessary cookies. It is mandatory to procure user consent prior to running these cookies on your website.