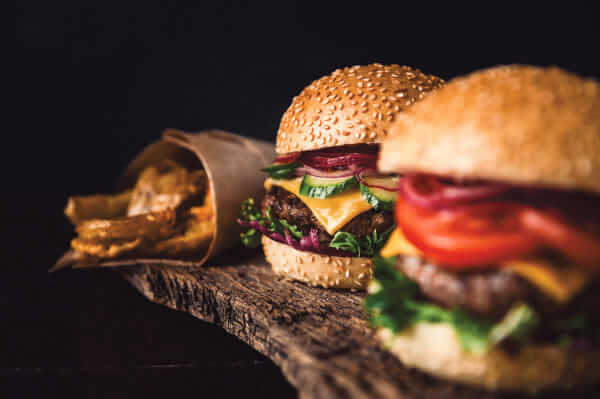 It is a fact (probably) that there is no other food as universally adored as the burger. And what’s not to love? A delicious patty of succulent meat, topped with cheesy goodness and sandwiched within a lightly toasted bun. Throw in some bacon, avocado, caramelized onions and oh my goodness, I’m drooling. If you’re not already salivating, just you wait. Every country has ‘classic’ burger joints if you will where you’ll be able to get a burger just the way you get it at home. But, a lot of countries also have speciality burgers – adding a bit of national flair to a typical burger. These constitute a more adventurous choice for a burger connoisseur.

Australia might not seem that different to the US but when it comes to burgers those Aussies live in a completely different world. Known as a ‘burger with the lot’, a typical Australian burger will have the following: pineapple, beetroot and a fried egg. The runny yolk of the egg sinks into the bun and the sweetness of the pineapple offsets the salty beef patty. The beetroot is just there because it tastes good.

The French love taking foreign things and ‘francofying’ them. They even have their own word for hashtag. So, how did they manage to turn this American staple into a French gourmet dish? Simple. They topped the meat with creamy brie, caramelized onions and a handful of rocket. The flavours blend perfectly and will make you wonder how French women manage to stay so skinny with this on the menu.

When in Peru, eat as the locals do. This means switching your regular beef patty for a patty made of alpaca. Just as delicious but with only a fraction of the fat of beef, alpaca is one of the leanest meats on earth. Throw some spicy aji on top and enjoy. Finally, someone has created a burger that you can eat without feeling too guilty about afterwards.

Just like it’s northern neighbour, Mexico loves a good burger. But, just like numerous other countries around the world Mexico has found a way to alter this beefy delight in accordance with local culinary customs. Swap your cheddar for queso fresco and your bacon for guacamole then add jalapenos and you’ve got yourself unahamburguesa Mexicana.

Worried about your carb in take? Trying to cut down on bread? Gluten intolerant? Japan has just the thing. Allow me to introduce you to the rice burger – a regular burger that exchanges a bread bun for one made of rice. Slather on the teriyaki sauce for something more authentic. You can even get patties made from chicken or minced pork if you fancy something a bit different.

As you may or may not know, eating beef in India is tantamount to sacrilege. Cows are considered sacred so you will have a hard time finding one stuffed into a bun. But Indians still love a good burger. In fact, one of the best burgers I’ve ever had was a veggie burger purchased from a cart on the side of the road in Mumbai. The patty was made of potato and vegetables and it was covered in blow-your-head-off spicy sauce.

Once you’re done admiring the Northern Lights and checking out the Blue Lagoon, you’re going to want some sustenance. If you can get the image of Rudolph and his adorable pals out of your head for an hour or two, you should feast on a reindeer burger during your time in Iceland. Gamy and rich in flavour, it is served up just like a regular burger but the patty is made of reindeer meat.