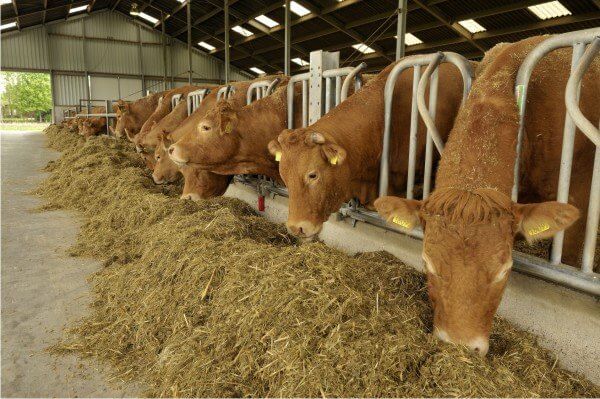 Recent data has revealed that the carbon footprint of livestock is enormous. Despite providing just 18% of calories, it takes up 83% of farmland. Furthering this analysis comes the revelation that avoiding meat and dairy is the best way to reduce your environmental impact on the planet. Without meat and dairy consumption, it was shown, the total amount of farmland being used across the globe could be reduced by over 75%. That’s an area the size of China, the EU, the US and Australia combined.

Our current consumption of livestock products is leading to the mass extinction of wildlife as their natural habitats are being destroyed to make room for more farmland. This farmland also contributes 60% of agriculture’s greenhouse gas emissions. Even the most sustainable livestock farming produces substantially more emissions than vegetable and cereal farming.

The study that brought these revelations to light was published in the journal Science. It was as extensive as it was thorough, analysing 40,000 farms in 119 different countries. 40 different food products were assessed, representing a total of 90% of food consumed. From the farm all the way to the plate, the study considered the foods effects on the environment, including freshwater use, air pollution and land use.

One of the head researchers has summarised the findings with the simple advice that “a vegan diet is probably the single biggest way to reduce your impact on planet Earth”. He said that the impact of livestock farming included air and water pollution, not just greenhouse gases, meaning a vegan lifestyle is better than simply buying an electric car or cutting down on air travel.

What is the way out?

However, the fate of our planet does not depend on a global population of vegans. Instead, simply cutting out the most harmful meat and dairy production would mean a two thirds reduction of carbon footprint which causes damage to the environment. If the government was to impose a policy forcing meat and dairy producers to label their food in a way that indicated the level of damage caused by that type of farming, it would help consumers make more sustainable choices. Subsidies for sustainable farms would also be a helpful measure.

So far, the research has been met with praise and warm sentiment, particularly from food experts. One said, “I was awestruck. It is really important, sound, ambitious, revealing and beautifully done.” The bottom-up approach, which uses data from individual farms has given essentially the same results as a top-down approach but with much more detail. A professor at the University of Leeds said, “This is an immensely useful study. It brings together a huge amount of data and that makes its conclusions much more robust. The way we produce food, consume and waste food is unsustainable from a planetary perspective. Given the global obesity crisis, changing diets – eating less livestock produce and more vegetables and fruit – has the potential to make both us and the planet healthier.”

Meanwhile, Dr. Peter Alexander suggested an alternative analysis of the data, saying that there is no need for the work to become vegan. Instead, this report should be taken as a warning sign that we need to limit our consumption of meat and dairy to reduce carbon footprint. Fortunately, there is a lot of scope for reducing livestock farming and improving our impact on the environment as we do so.