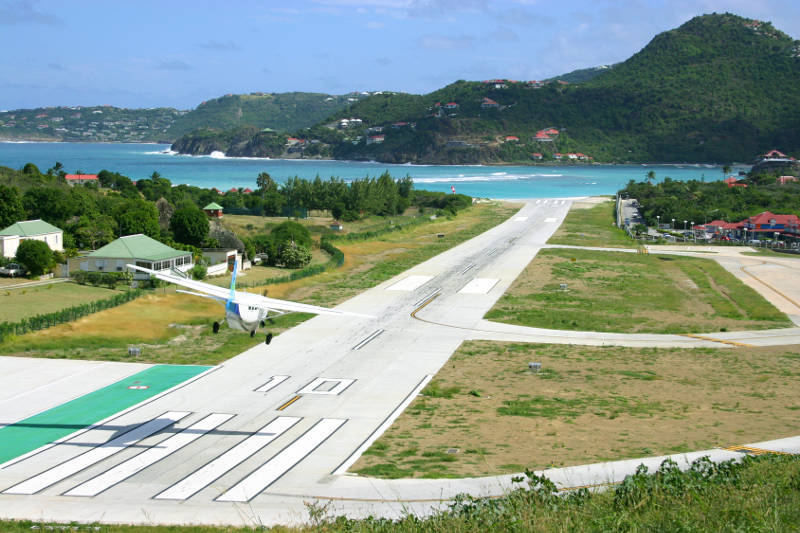 Most airport runways are relatively flat, long strips of concrete or asphalt in an otherwise mundane, boring landscape. Landing a plane successfully on any runway requires skill and ‘boring’ is certainly not to be misinterpreted here. What we’ve collected below is a sample of some of the worlds more interesting airport runways that have unique features making them less ‘run-of-the-mill’ and grants them a special place in the hearts of aviators. 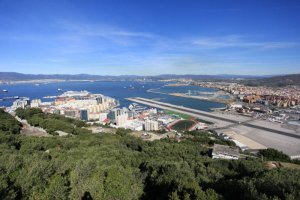 Each time a plane lands or takes off, the road has to be closed.

The airport in the British territory of Gibraltar was built perpendicular to the isthmus that connects the rock with mainland Spain. As this is the only land connection, the airport runway has a unique feature that it has the main access road to the territory running right across it. Every time a plane lands or takes off, the main road has to be closed and the runway inspected for debris. Unless you live in Gibraltar or work at an airport, it’s not every day that you get this close to a runway. 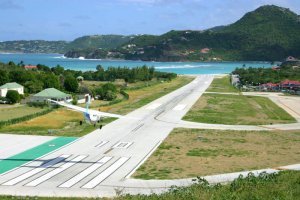 The picture is taken from a hill directly at the end of the runway.

This airport really lets you get up close and personal with aircraft approaching the runway. It’s no surprise that only the smallest of planes are allowed to land on this runway which has a steep hill on one end, and a beach on the other. Watch this 360 degree video on YouTube to see just how close the planes fly overhead. 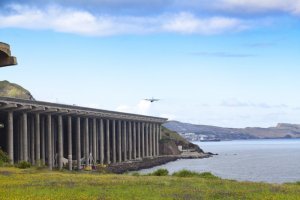 In 2016, it was announced that the airport with a runway built on stilts would be named after football player Christiano Ronaldo.

The original airport runway opened in 1964 quickly proved to be too short for the traffic that it was receiving. Expanded many times since the opening, by 2002 the length of the runway had doubled in size. Given the terrain the decision was made to build the runway on stilts, giving this airport its unique character.

To save up to 60% on hotels and flights worldwide, visit DirectHotel