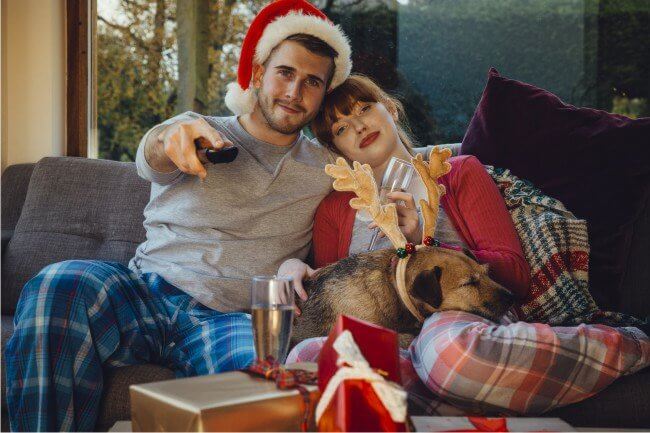 Now that Halloween is out of the way we can finally focus all our attention on Christmas and getting festive. And, what better way to celebrate Christmas than by snuggling up with your friends or family and some mulled wine and watching timeless Christmas films. Whatever your feelings on Christmas, it’s hard to resist the pull of cheesy films filled with good will and Santa-based gaffs.

So, get the fire roaring, put on your most comfortable pyjamas (ideally ones with a reindeer print) and nestle down for the evening. It’s time for a Christmas film binge marathon unlike any other. Here are five to get your holiday season started.

Unlike most Christmas films, Love Actually isn’t actually child-friendly. With a rather raunchy scene at the beginning of the film and all sorts of jokes of an adult nature, this film is best left to the grown ups. Nevertheless, Love Actually has become a Christmas staple in households all over the country. The storyline is adorable and the film is jam-packed with some of Britain’s finest actors, including Colin Firth, Emma Thompson, Kiera Knightley and the late, great Ala Rickman.

There are few films that will warm your heart as much as Nativity! Starring Martin Freeman, who is best known for his work in The Office (the British version). The Hobbit, the film centres around Freeman as he organises a school nativity play. The children in the film are all completely lovable and Freeman delivers a spectacular performance that might just make you well up at certain points. This is one for the whole family.

Another timeless Christmas film, Home Alone is a household name. It is responsible for sky-rocketing child actor Macauley Culkin into the spotlight. Watch the precocious youngster as he takes on two ridiculously inept burglars who break into his family home after his family accidentally leaves him behind when they fly to Paris for vacation. The gags are predictable but funny and you’ll definitely be rooting for Culkin and his creative booby traps. And, if you liked this film, there are a bunch of sequels for you to watch afterwards.

Time to completely escape reality and indulge in some good old-fashioned cartoons. This Disney masterpiece tells the tale of Dickens’ novella A Christmas Carol. Mickey Mouse takes on the role of Bob Cratchit, the overworked employee of Donald Duck in the guise of Scrooge. It’s a heart-breaking and enchanting story, even when performed by a troupe of cartoon mice. Don’t miss this one this festive season.

Elf is utterly ridiculous and that’s why we love it so much. Will Ferrell plays Buddy, an overgrown elf who must carve his way in the real world after being told expelled from Santa’s workshop. Buddy’s antics are hilarious and the character is done to perfection by Ferrell. It is a really silly film but there are still incredibly moving moments in it. It is full of Christmas cheer.