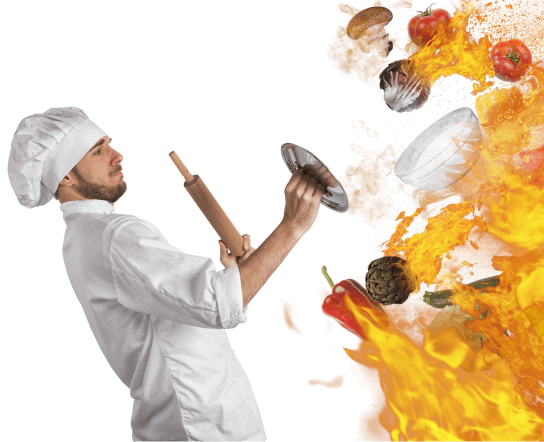 The culinary world has evolved at an unprecedented pace over the past five years or so. Chefs have increased their recipes. Thanks to the likes of Instagram, everyone is able to share what they eat and so the very landscape of the food industry has changed. It is no longer all about how your food tastes. Nowadays, there are a huge number of other factors that need to be considered. An increased emphasis on presentation has been clearly noticed, to such an extent that people are willing to eat in one restaurant over another purely based on how the establishment’s food looks. It seems like in some cases, if it is going to rack up those likes on social media then it doesn’t really matter how it tastes.

Another important development in the world of food is a shift away from meat and unhealthy food and a drive for vegetarian and vegan options that still taste great. Nutritional values are often used as captions for photos of food and you could be forgiven for thinking that people are competing to see who has a healthier diet. Naturally, no chef can survive this modern era without some kind of reform to their traditional way of cooking. So, who is going to succeed in 2018 and who looks like their cooking is soon to become defunct?

For anyone with the slightest interest in gastronomy, it should come as no surprise that the headlining act on this list is a Frenchie. Known for their sublime cuisine, the French have dominated the gastronomic sphere for decades. Troisgros runs the family-owned Maison Troisgros, which has recently relocated from Roanne to Ouches. Boasting three Michelin stars and a menu that will make your mouth water just by reading it, it is no wonder Troisgros was declared the best chef in the world.

Spain is another of Europe’s culinary gems and has been delighting the world with its tapas and paella for years. Joan Roca, owner and head chef of El Celler de Can Roca, shows just how incredible Spanish food can be. Using a range of interesting modern techniques along with traditional recipes, Roca handcrafts dishesfor the delectation of his guests. It is certainly no exaggeration to describe his culinary creations as masterpieces.

Often considered the culinary capital of the world, Italy was bound to make an appearance on this list. The top chef from this much-lauded country is Enrico Crippa of Piazza Duomo, located in Alba. Crippa has harnessed the power of traditional Italian cuisine and, using locally sourced ingredients, has evolved it into something completely unique. People flock from far and wide to sample his creations and no-one regrets doing so.

Stepping away from Europe, it’s time to turn our attention to Japan, another of the world’s gastronomic hubs. Yamamoto’s restaurant, Nihonryori RyuGin, was awarded three Michelin stars and the chefs signature dish is hamo eel soup. Yamamoto has regularly impressed fellow chefs by presenting innovative new cooking techniques and by making important contributions to the world of gastronomy. One such contribution was seen at the Madrid Fusión International Culinary Show when he screen printed using squid ink to resemble a newspaper.