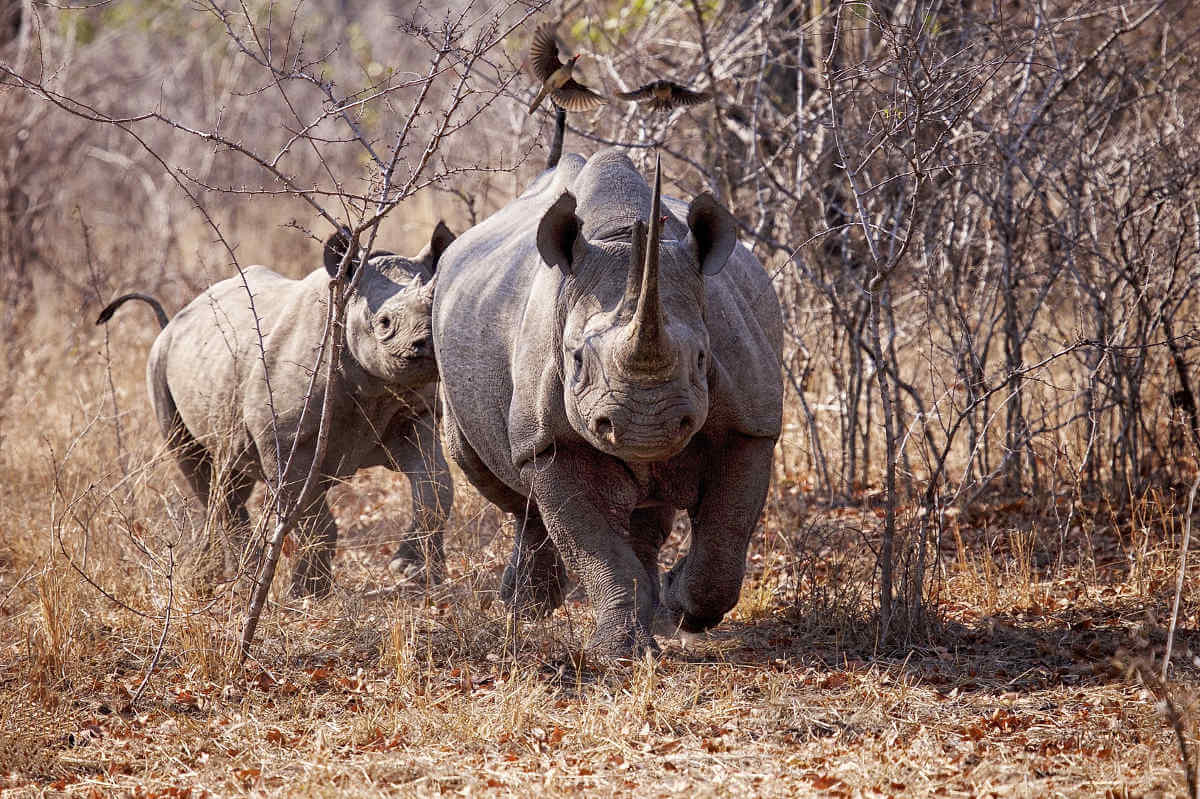 It is a sad but true fact that somewhere between 200 and 2000 animals become extinct every year. While some of this is down to Mother Nature and her process of natural selection, human activity is responsible for the rest. Despite the cries of sceptics, global warming is very real and very dangerous. It is the rampant deforestation that is ravaging our rainforests and jungles. The consequence of these human activities is ultimately the destruction of the natural habitats of thousands of different animals. Once animals are displaced or left without a suitable habitat, their chance of extinction increases significantly. So let’s take a look at some of the animals that are most at risk of extinction at the moment.

Poaching is a serious problem for big game in Africa. But few animals are quite as affected by this as the Rhino. Hunted for its precious ivory, it is estimated that around 5 or 6 rhinos are killed every day for ivory, food or simply just for sport. Many national park committees have recognised the importance of protecting these animals. Efforts are being made to do so but their numbers are still worryingly low.

The main attraction on the island of Borneo, Orang-utans are majestic and peaceful creatures that spend their days hanging from trees and munching on fruit. Unfortunately, these spectacular animals are critically endangered. The WWF estimates that their numbers have decreased by 50% in the past 60 years. This rapid decrease in the population of orang-utans is in part due to a loss of habitat. It’s a consequence of our destruction of nature.

If you have ever seen a turtle in the wild, you will know just how hypnotically beautiful they are as they glide through the water. Unfortunately, the Hawksbill Turtle is on the verge of extinction due to their highly coveted shells. These animals are regularly slaughtered and their shells are sold as jewellery and ornaments in markets. Turtles have been on our planet for 100 millions years – let’s hope they are around for another 100 million!

The largest mammals on land, elephants are incredible creatures with a naturally peaceful demeanour. What is particularly worrying about the decreasing population of the Sumatran elephant is the effect this will have on the other endangered animals that share its habitat. Sumatran elephants play a vital role in the ecosystem as they feed off plants and then spread the seeds of this plant through their excrement. Without this distribution, the ecosystem will suffer greatly.

Of all the animals mentioned in this list, the South China tiger is in the worst situation. This animal has not been spotted in the wild for over 25 years now despite the government of China making it illegal for them to be hunted. Originally considered to be a pest by the Chinese population, the South China tiger was hunted relentlessly up until 1979 and it is now estimated that the population of these creatures is less than 100.