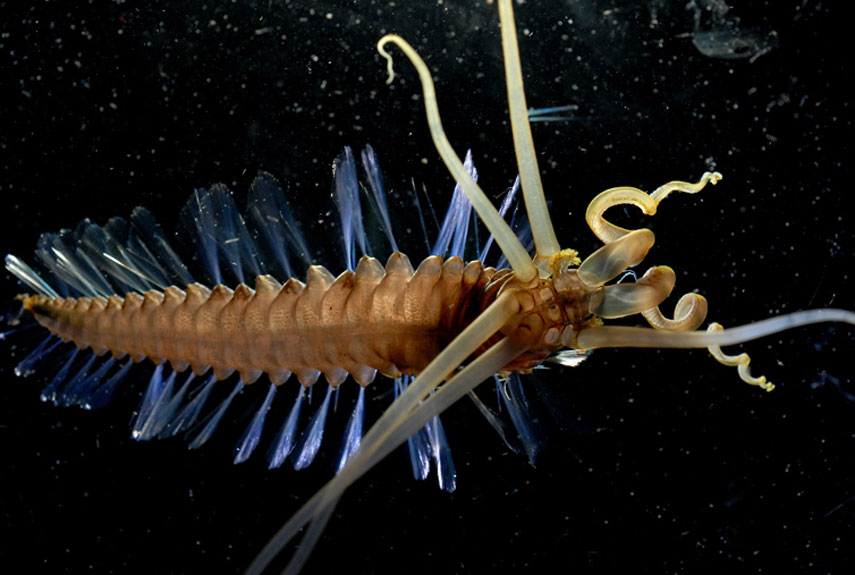 This article presents a compilation of several sea creatures that although they are scientifically known and their names are well documented. The creatures are still a mystery because their details are not known. The pictures look like they are from the scary animal or creatures channels that we see. These creatures are there and exist in the sea and the first time you see them you might either be fascinated or scared to death.

This is one of the weird sea creatures, it has caused confusion among people and scientists and it is called squidworm. The squidworm although may look scientifically or genetically modified creatures, they are real and in existence in the deep seas. The creature looks as if they are plant but they have various bright areas that may look like they are glowing.

Christmas Tree Worm was found in Great Barrier Reefs Lizard Island and because of its looks like Christmas tree. It looks more like a plastic Christmas tree because of the shiny colors. It is also referred to as Spirobranchus giganteus scientifically. The parts that appear spiral are its feeding and breathing organs. The creature may look as if they are plants, these creatures are worms and their looks may be deceiving and may fool you to think that they are flower tree. 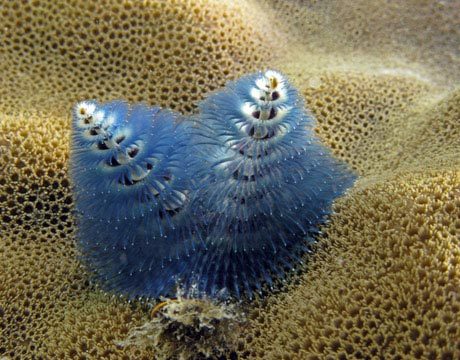 They are in same family as mythological sirens and although they are called the sea angels they are predatory sea snails referred scientifically as platybrachium antarcticum. It hunts and east the shelled pteripods which are other type of sea snails. Although they may look harmless and fragile they are actually good in hunting and their looks may be deceiving when you look at it. 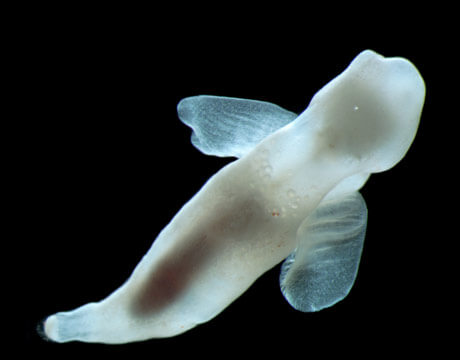 It looks like the multiple stage rockets in the sky, the creature known as Marrus Orthocanna with multiple units that look the same. The creature as many stomachs and tentacles, this sea creature looks like he portugese man o’war. These creature when seen from far looks like a rocket and they are very fascinating to see. 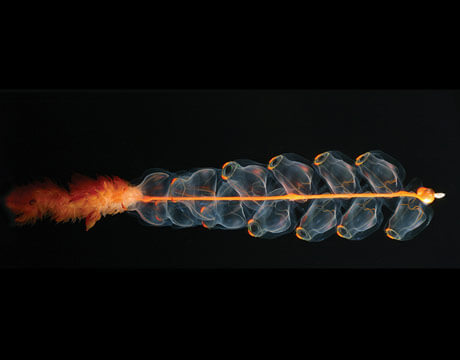 Although at look in its picture you may think it is one of the alien viruses that we see in the movies. The creature is also referred to as Munnopsis isopod crustacean. The creatures are also still a mystery even to scientist because not much is known about it up to date.  Although they are ancient creatures in the seas they have seven pairs of legs and they are also similar to its cousins the pill bugs. 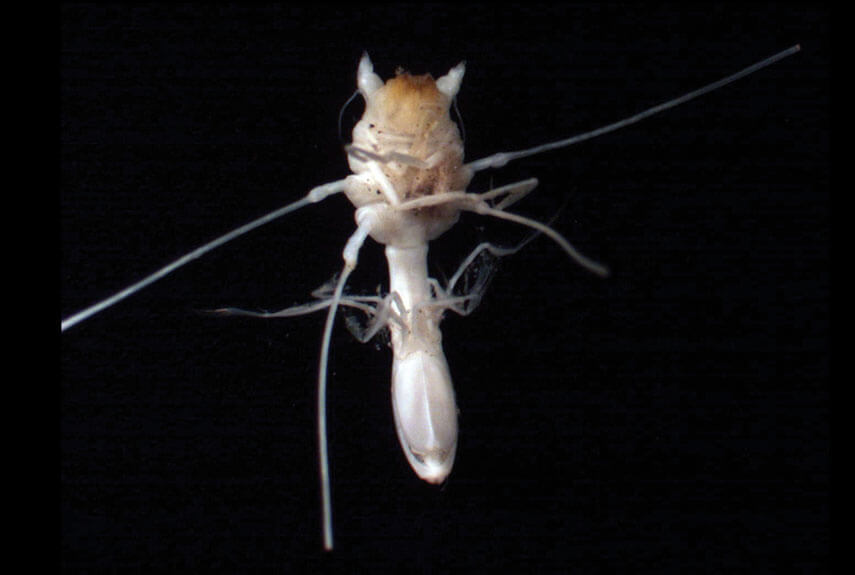 Although they look almost like the land snail, this snail is found in the deep sea and looks weird.  The armored like the Crysomalon squamiferum, it was found in the deep Indian Ocean. The creature is multilayered in structure. Its shell looks strong and not easily broken to defend or protect itself from the creatures that are prey. 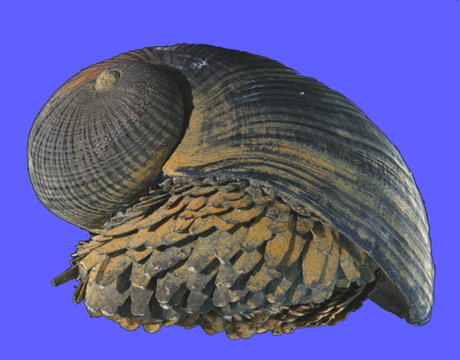 The creature is biolumininescent (it glows with its own light) scientifically known as stauroteuthis syrtensis.  This octopus was found in the deep half a mile deep in gulf of Maine.  The octopus photophore (light-emitting organs) can be the best way to ensure that it fools the prey to swim into its wide open mouth. This means that the creature light is a way of hunting and attracting the prey. 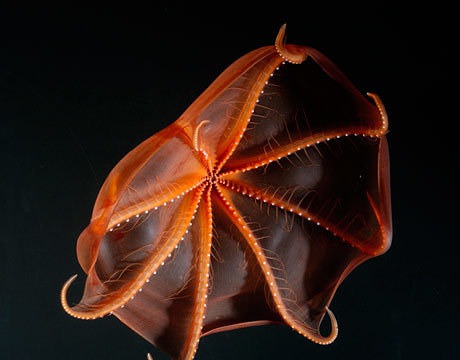 Although the creature has very enticing name and its color may look like it has very bright shell that you may want to collect. Actually this creature does not have a shell but a skin that shines and color comes when it feels threatened. The Cyphoma gibbosum as it is known scientifically is found in the Grand Cayman in the British West Indies. The name sounds like the snail is good and looks very flashy the snail does not actually have a real shell. 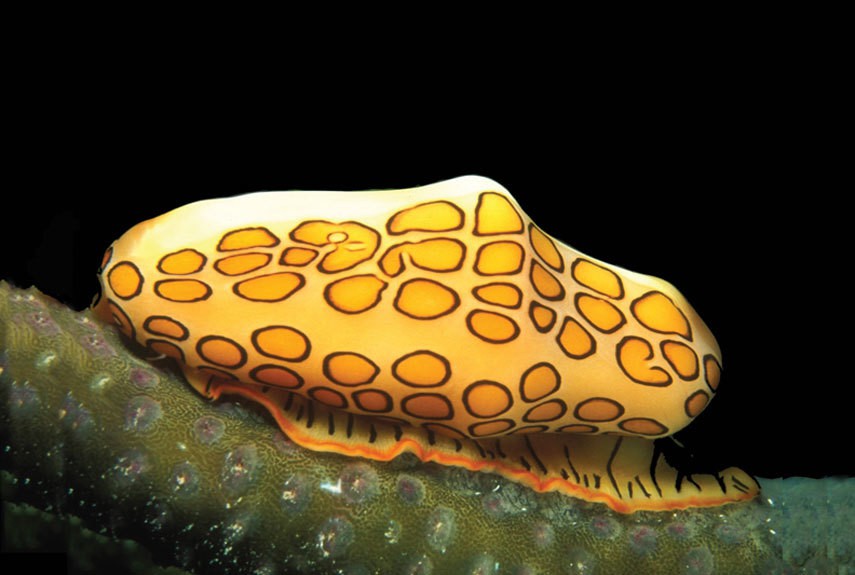 So there you go, 8 of the weirdest sea creatures that you will ever see or not. Feel free to add your comments if you can find anything more weird.