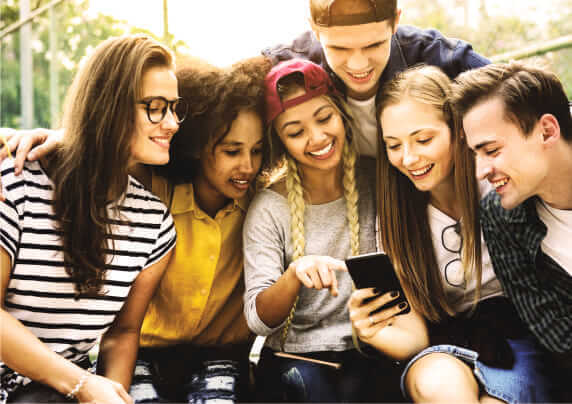 The plight of the millennial is one that is well known nowadays. Millennials are dubbed ‘lazy’ among other things and are repeatedly told that they are not willing to work hard or stick to a career. Of course, this is said by baby-boomers who have been in the same job for 40 years – one they probably didn’t have to do a video interview and assessment centre to get. Today, career prospects are very different to what they used to be.

Long gone are the days when jobs were plentiful and a competition was scarce. The days when having a college degree was like owning your own unicorn. In today’s job market, everyone has a bachelor’s degree at the very least, as well as years of experience, extra-curricular achievements and a winning personality. Standing out from the crowd is harder than it has ever been at a time when it is more important than anything else.

But, baby-boomers don’t seem to understand that. Out of touch with the latest generation to join the workforce, baby-boomers continue to clash with millennials due to a deep lack of mutual understanding. The truth is that every generation thinks that young people are lazy. This sentiment can be traced back to the 17th century and even earlier. Every generation changes slightly from the last. It looks back at what made its predecessors happy or unhappy and then evolves in order to progress.

Millennials are no different.

Millennials are not interested in the same thing baby-boomers looked for when they joined the job market. According to several surveys into what millennials look for in a career, it was shown that earning a high salary was far less important than a number of other factors. Millennials valued working for a good cause and having good working relations and a pleasant office environment over what they take home each month. Of course, no-one wants to work for free, but millennials seem to have lost that desperation to get rich that baby-boomers had.

There are a number of reasons why millennials don’t value salary as much as former generations. One theory is that they were raised in much more comfortable conditions and therefore place less importance on money as they are less likely to have experienced life without it.

Another theory is that there is a clear growth across the world in our collective social conscience. A huge percentage of millennials said they cannot, in good conscience, exploit those less fortunate than them. Banking, law, and insurance all used to be dream career paths back in the day. Now, the commercial landscape is changing. Those who want to do law tend to shun corporate law and look for more humanitarian ways to put their law degree to good use. Interest in the NGO sector has spiked as people look for meaning in their work – even if this means sacrificing a much larger salary in the corporate world.

More than just career prospects have changed for millennials. Attitudes have also changed, meaning millennials are not content to take the first job they can just because they need to make a living. Millennials are being more discerning with the work they take on. Whether this is a good thing or not remains to be seen.