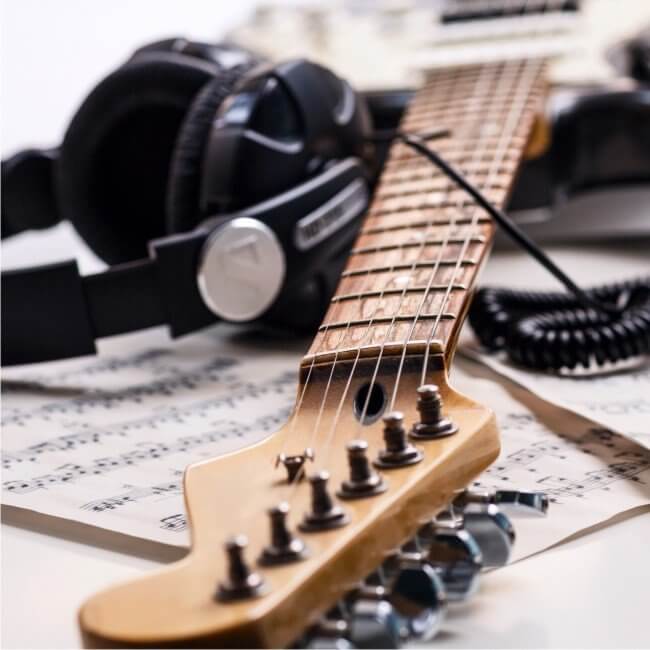 Folk is not a musical genre about which we hear an awful lot. Folk artists don’t fill up the top slots on Spotify’s global rankings – these are reserved for the Drakes and Rihannas of the world. If we want to listen to the dulcet tones of the world’s folk artists, we will have to delve a little deeper.

Kitty Macfarlane is one of the most exciting upcoming artists in the folk world right now. If you don’t have her on your radar, put her on there right now. Whether you are a folk music aficionado or you are attempting your first foray into this genre, Macfarlane’s new album, Namer of Clouds, will not fail to delight.

Tucked away in the West Country, Macfarlane draws inspiration from the natural world around her. While the rest of us might not think much about the migration patterns of eels or the debris that washes up on shore, Macfarlane does. She has carefully picked out elements of the natural world and woven them into beautifully crafted songs that you will be humming to yourself for days after. To get a taste of how Macfarlane explores natural phenomena through her lyrics have a listen to Glass Eel and Starling Song.

But, she doesn’t stop there. As much as Macfarlane is fascinated by nature itself, she is equally intrigued by how humans interact with it. Indeed, her songs paint pictures of beauty as humans and nature live in harmony, but she also issues cautionary tales of when we intervene too much.Wrecking Days depicts the lives of individuals who spend their timing combing through the wreckage that washes up on the beach. While the imagery is beautiful, it warns of our negative effect on the environment. Similarly, Man, Friendship, was written in response to the floods in the Somerset Levels in 2014. While this area is prone to flooding, the extreme water level that year was attributed to climate change.

Perhaps the most touching song of the album is Dawn & Dark, a lullaby Macfarlane wrote for the new baby of a close friend. The song reassures its subject, with gentle vocals and heartfelt lyrics, that no matter how sad or scared he feels, morning will always come around. Yes, it was written for a baby, but that doesn’t mean it won’t soothe your nerves too when you’re feeling anxious.

While Kitty Macfarlane’s album has only just been released, the singer is not a newcomer to the folk scene. She has been performing around the country at gigs and festivals for several years and has gained a loyal following of fans in the process.

What do you feel?

Has your interest been piqued? Kitty Macfarlane’s album is available on Spotify or you can buy a hard copy of the album from her website www.kittymacfarlane.com. This comes complete with a book of lyrics and some notes on what inspired her to write each song. Alternatively, if you’re looking to get up close and personal with the folk singer extraordinaire, catch her at one of her gigs. For the next few months, Macfarlane will be touring the UK, promoting her album. Tour dates can be found on her website.