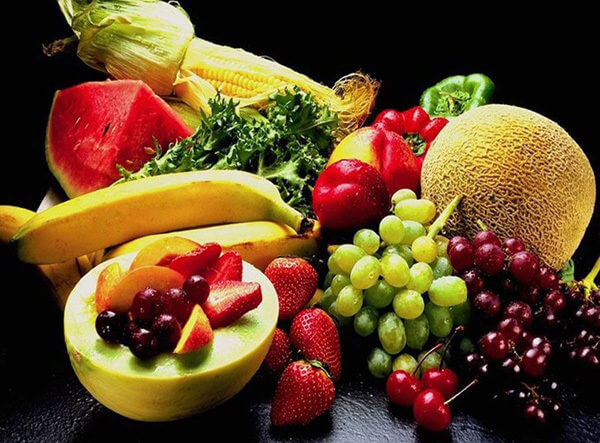 How many of you actually check the food labels before buying a product? Do you know that many of the ingredients used in packaged and processed foods can be detrimental to your health? The artificial sweeteners, coloring, preservatives can all be incredibly hazardous for your health, and it is important to watch out for these while buying your groceries.

Here’s a look at the 5 Most Dangerous Food Ingredients that you should avoid as far as possible:

Sodium Nitrite is a preservative that is usually present in salami, pepperoni, ham, bacon, hot dogs and other forms of processed meats. The reason why Sodium Nitrite is added to meats is because it preserves the red/pinkish color of the meat and gives it a fresh appearance, and also prevents botulism to some extent.

However when ingested in large amounts, sodium nitrite reacts with the stomach acids to produce nitrosamines, the main cause for cancer amongst animals.

Sodium nitrite consumption is also known to trigger migraine pains, and COPD form of lung diseases. Non-red meats such as chicken, tuna are comparatively safer as they do not have nitrates in them.

Excitotoxins are basically amino acids that also function as neurotransmitters in the brain. But when brain cells are exposed to this chemical in large amounts (through dietary consumption), they become over-excited. During this stage, the nerve and brain cells fire their impulses rapidly until they reach extreme exhaustion, a near-death state.

Commonly found in canned soups, diet soda, sausages, salad dressing and processed vegetarian and non-vegetarian foods. Excitotoxins are used as a flavoring agent in most such foods, but an over-dose of it can destroy the nerve cells. Since the protective enzymes in a baby’s brain are not fully developed, they are unable to detoxify the Excitotoxins that enter its brain. This is why pregnant women and young children should completely avoid foods containing even small amount of Excitotoxins.

The two most common forms of Excitotoxins are – Mono Sodium Glutamate (MSG) and Aspartate. Glutamate is a prevalent additive and is used in a many food products. MSG triples the amount of insulin the pancreas creates, causing rats (and humans) to become obese. It can also cause brain damage in your children, and that this chemical could effect how your children’s nervous systems formed during development so that in later years they may have learning or emotional difficulties.

It’s crazy that FDA has set no limits on how much of it can be added to food. They claim it’s safe to eat in any amount. MSG manufacturers and the processed food industries are always on a quest to disguise the MSG added to food. Below is a partial list of the most common names for disguised MSG. Remember also that the powerful excitotoxins, aspartate and L-cystine, are frequently added to foods and according to FDA rules require NO LABELING AT ALL.

Aspartate is another excitotoxin that is widely used as an artificial sweetener in soft drinks, cereals, ice creams and so on. Aspartame (pre-cursor to aspartate) is known to cause various neuropsychiatric disorders such as panic attacks, mood swings, dizziness, blackouts and visual hallucinations.

Recent researches have brought into light the various dangers that gluten can pose to human health. Gluten is the starchy substance found in wheat, barley and rye. Gluten contains Gliadin which is basically a form of insoluble protein that can trigger allergic reactions in certain people. Gastro-intestinal disorders result from Gluten intolerance.

Celiac diseases also known as Gluten Enteropathy, is a hereditary disorder of the immune-system. Consuming wheat, rye or other food products with gluten, trigger an on-going immune reaction in people suffering from this disease. Ingesting gluten in large amounts can cause irreversible damage to the protective mucus lining of the small intestine.

Approx. 90 million people in the United States are negatively affected by gluten, while 10 million are known to have gluten sensitivity. Gluten sensitivity can cause and aggravate conditions such as diabetes, chronic fatigue syndrome, arthritis, osteoporosis, dermatitis, psoriasis, and multiple sclerosis.

Butylated Hydroxyanisole (BHA) and Butylated Hydroxytoluene (BHT) are used to preserve fats and inhibit the formation of yeast. Food products such as butter, chips, beer, cereals, dehydrated potatoes, meats etc contain BHT and BHA. Both BHA and BHT are antioxidants that oxidize the fats, thereby protecting the food products from going rancid.

However, ingesting these preservatives can cause serious health problems. BHT and BHA are known to cause metabolic stress, weight loss, liver damage, growth retardation and fetal abnormalities. These are also the cause of hyperactivity and other behavioral disorders in children.

Anecdotal reports suggest that BHA and BHT can increase the risk of cancer (suspected carcinogens) and get accumulated in body tissues causing several health problems. These are also known to cause liver enlargement and cell retardation. Up to 13% of BHT is absorbed by the skin, which can result in contact dermatitis and other skin problems.

High Fructose Corn syrup is known by different names such as Maize syrup, high fructose corn syrup, fructose, corn sugar etc. It is a high calorie sweetener used in processed foods such as ketchup, jams, bread, salad dressings, ice creams and even soft drinks. Corn syrup is made by an enzymatic process from the glucose syrup derived from corn.

Over consumption of Fructose can alter the intracellular metabolism and accelerate the aging process. Because it is metabolized by the liver, fructose causes imbalance in the insulin levels in the blood. Also fructose converts to fat more than any other sugar, leading to abnormal weight gain and obesity. It is also known to raise the serum triglycerides levels in the blood, increasing the risk of cardiovascular diseases.

Keep the above mentioned “dangerous” ingredients in mind next time when you go grocery shopping. Avoiding these and other such unsafe preservatives and coloring agents can make a world of difference to your and your family’s health.