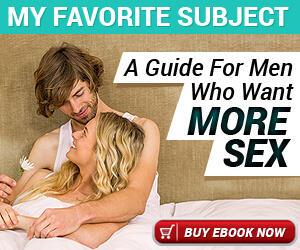 There are few people among us who are able to resist the temptation of a good old Netflix binge every now and again. Whether it’s Friday night and you’ve bailed on going out because you can’t afford it or Sunday afternoon and you’re nursing a hangover – Netflix is always there for you. In fact, Netflix is so great that you barely even need to click to make it function. Get your favourite series started and Netflix will automatically play the next episode once the current one is finished. We really are living in the future. However, with so much on offer it can be hard to decide which series are worth your precious time. So, I’ve taken a look at Netflix’s roster of homemade series and can tell you with confidence that these are some of the best.

Orange is the New Black

There is no escaping the fact that this is one hell of a series. The character list is huge and yet somehow you very quickly feel like you know every one of the inmates at Litchfield prison on a personal basis. The series revolves around the daily lives of the women in a female prison. It shows the deteriorating conditions in which they live coupled with the very human emotions they all feel. This show does a fantastic job of humanising a demographic that is often written off as “hopeless criminals” whilst still be entertaining and thought-provoking.

At first this seems like yet another high school drama full of temper tantrums and misunderstood teens. And, to a certain extent it is. However, 13 Reasons Why goes a lot deeper than your average teenage drama. The series starts with us learning about the suicide of a local girl. From there, it unfurls that she has left 13 tapes behind explaining what drove her to take her own life. From malicious rumours to inappropriate comments from classmates, we see the complex web that makes up the life of a high-schooler and how even the littlest things can have a huge impact on someone.

Of all the Netflix series online, House of Cards has undoubtedly made the biggest splash. This is largely due to the phenomenal acting of Kevin Spacey. He wholly embodies the ruthless character of Frank Underwood. Spacey is powerful, unrelenting and, in some cases, truly terrifying and perfectly showcases the shady, dog-eat-dog world of American politics. This series will have you on the edge of your seat and teach you a thing or two about what goes on in the White House.

If you have a taste for the spookier side of the TV, you definitely shouldn’t miss out on the brilliant horror series. The inclusion of Winona Ryder in the cast certainly doesn’t hurt either. She plays Joyce Byers who launches an investigation in her small town after the disappearance of her son. As the search continues a whole host of unnerving discoveries are made. Soon, Byers is wrapped up in a world of mysteries and supernatural forces that will have you biting your nails with desperation to know the truth.