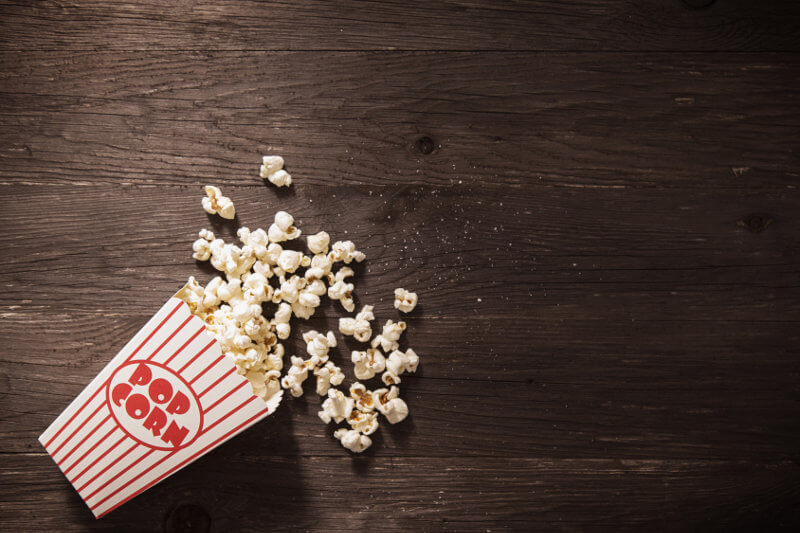 There is honestly nothing better than curling up on the sofa and watching films that leave your cheeks and tummy aching from laughter. Whether you’re alone, with a bunch of friends or in the arms of a loved one, a good comedy can infinitely improve your evening. Hollywood and the other movie producing capitals of the world have certainly churned out a lot of terrible movies in the past 17 years but there have also been a fair few gems for us to feast our eyes on. So, if it’s 7pm on a Sunday night and you’re ready to send your weekend off with a giggle, take some inspiration from our list of the top 5 funniest films from 2000 onwards.

This British classic is so much more than just another zombie apocalypse movie. Starring the dynamic duo that is Simon Pegg and Nick Frost, the film is the first of a trilogy, amusingly named the Three Flavours Cornetto Trilogy due to Frost and Pegg’s penchant for this particular ice cream. Although there are some poignant character relationship developments, the majority of the film is just plain silly and that’s why we love it so much.

Borat is a product of the weird and wonderful imagination of Sacha Baron Cohen and is sure to make you laugh just as much as Ali G did, if not more. The film follows Borat, a Kazakhstani with some interesting opinions as he travels through America, learning about their culture as they go. Sensationally offensive to just about every race, religion and gender imaginable, the film is utterly hilarious and impossible to actually be offended by.

Quite possibly one of the most quotable films of the century, Anchorman and its all-star cast is the perfect film to laugh your cares away. The plot revolves around Will Ferrell playing a San Diego-based news anchor and follows his fall from grace following an on-screen blunder. His entertaining posse of co-workers provides plenty of amusement as they help their anchor get back to the top and the film has a truly outstanding number of cameos. If you aren’t already familiar with the legend of Ron Burghundy, it’s time to educate yourself.

It’s hard to imagine that a film starring a load of puppets could be funny but Team America, created by the people that made South Park, is living proof that it’s possible. Team America is a stark yet hilarious critique of the US armed forces as the blundering team sets out to fight terrorism around the world but inevitably causes more destruction than any terrorist attack would have done. Full of laugh out loud moments, the film is perfectly risqué and deserves to be watched by everyone with a sense of humour.

Zoolander is Ben Stiller and Owen Wilson at their best as they take on the roles of two male models, battling it out to be the best whilst all sorts of misdoing go on behind the scenes in the world of fashion. The characters are ridiculous and the plot is absurd, but it is still side-splittingly funny. The film is responsible for bring Le Tigre, Blue Steel and Magnum, Stiller’s incredibly similar repertoire of looks, to our screens and provided us with enough quotes to keep us going for a decade or two.