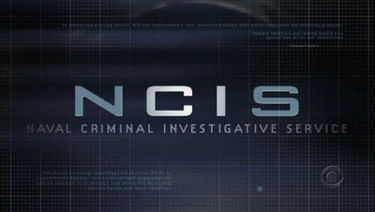 When it comes to earning big bucks, you might assume that Hollywood’s film actors are raking in far more than anyone else on the screen. While film actors have historically earned more than their TV actors, TV roles are becoming far more desirable and the difference between film and TV salaries is almost negligible now. The entertainment business is now rewarding actors who appear in the most popular TV shows incredibly handsomely. You might even be shocked by just how much some of these familiar faces make. So, which individuals top the list of highest-paid actors on TV?

Is there anything this woman can’t do? She has already proved to us that she is the queen of Hollywood from the huge number of films and musicals she has starred in and now she is going to conquer TV. The Nix is yet to be released but Streep will be taking home a tidy $825,000 per episode of J.J Abrams’ latest venture.

As one of the best-loved TV shows of all time, it should come as no surprise that the mother/daughter duo from Gilmore Girls makes this list. However, their real money was made not during the original seasons but in the 4 episodes that were made for Netflix as a belated send off for their fans. The Gilmore Girls agreed to do 4 90-minute episodes to round off the former seasons for a delightful sum of $750,000 per episode.

The silver fox that is Mark Harmon certainly isn’t doing too badly for himself in his role of Leroy Jethro Gibbs in NCIS. He has been acting in this role for almost 15 years now and is currently making roughly $525,000 per episode. This whopping salary is well-deserved though considering he is one of the only characters in the series that has been present since the very beginning. Although we would probably stick around too for half a million dollars per episode.

When it comes to utterly brilliant acting, Kevin Spacey is virtually unrivalled and his performance in House of Cards is certainly no exception. The Netflix original political drama was nominated for 9 Emmy Awards for it’s first season – an unheard of number for an online streaming service show. Of course, Spacey is decently compensated for his efforts, cashing in $500,000 per episode – and with 13 episodes per season that’s not a bad salary.