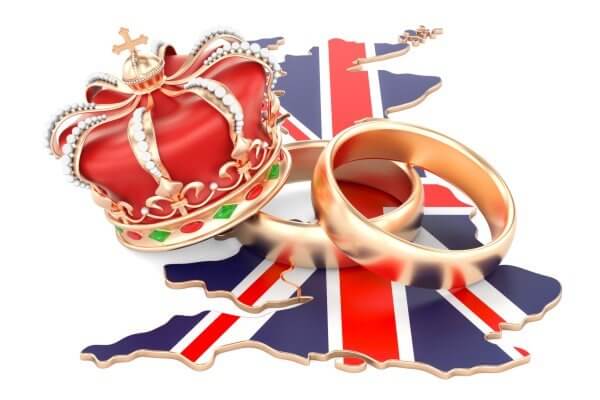 There are few things that bring the British public together quite like a royal wedding. The lead up to the wedding creates quite the fervour while the day itself is an explosion of excitement, joy, and drinking. This royal wedding has a lot to live up to given the frenzy of Will and Kate’s wedding but it looks set to compete.

Let’s start with a bit of background information. This wedding sees Prince Harry marry the incredible Meghan Markle, who found her fame playing Rachel in the legal TV sensation Suits. She is also a philanthropist and an all-round wonder woman. Did you know she used to be a professional calligrapher?

Back to the wedding. The date has been set for May 19th and already the UK is gearing up for the biggest event of the year. Due to recent events in Europe, security is going to ramped up to the max for this event, but despite the overwhelming police presence, it should be a day to remember. Let’s take a look at what is going to make this wedding so special.

Traditionally, royal weddings are held on a weekday. Will and Kate were married on a Friday and the Queen was married on a Thursday. We are not sure why they chose to get married on a Saturday but the announcement was met with some dismay by the British people. For the last royal wedding, the date was declared a bank holiday and everyone got the day off work. No such luck this year. However, it is thought that pubs might stay open a bit later so that everyone can enjoy the event for as long as possible.

The Wedding Will Take Place at Windsor Castle

Located in the county of Berkshire, Windsor Castle is one of the royalfamily’s residences and is a beautiful location for such a momentous event. The wedding ceremony will take place in the castle’s place of worship, which has a capacity for 800 people, although only 600 people have been invited. After the ceremony, the couple will be taken in a carriage through the streets so the public can show their support. They will then be taken back to the castle.

The Guestlist is Much Smaller than Will and Kate’s

Will and Kate invited a staggering 1,900 people to their wedding. This was because Will is second in line to the throne and therefore had to invite a number of important political figures and diplomats. Given that Harry is sixth in line, after Prince Charles, then Prince William, then William’s three children, he did not have the same obligation. Instead the room will be filled with their friends and family as well as some celebrities, including David and Victoria Beckham, Serena Williams, Elton John and Ed Sheeran.

Meghan Markle is Actually a Divorcée

There was a law in place back in the day that forbade a royal man from marrying a divorced woman unless the divorce was the result of adultery on the husband’s part. In 1936, King Edward VIII had to abdicate in order to marry Wallis Simpson. Fortunately, that law is no longer observed, otherwise it could have caused trouble for the happy couple as Markle has been married before. Her ex-husband is wealthy entrepreneur Trevor Engelson and according to reports he is not taking the news of his ex-wife’s engagement very well.