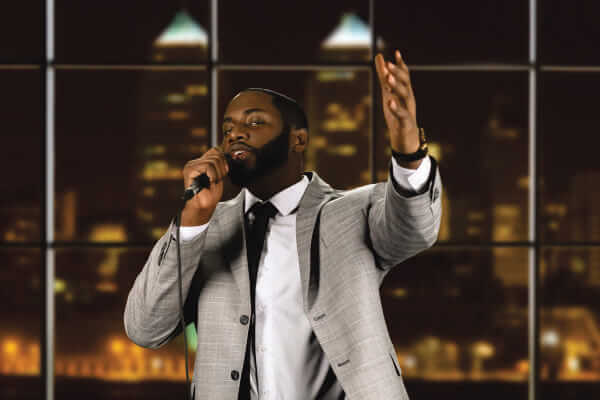 Are you a comedian? Comedy has changed a lot over the past few decades. The rules of the game are changing and so are the tastes of the audience. A routine that raised the roof thirty years ago may go down like a lead balloon with the new generation of comedy-viewers. For a long time comedy was a lawless art form. You could say anything you wanted about anyone you wanted and no-one would bat an eyelid – so long as it was funny.

That’s simply not the case anymore. Comedians are being compelled by the public to be more sensitive with the material of their jokes. Some might call it political correctness gone mad. Others simply call it trying your best not to unnecessarily offend people. For all the comedians that have landed themselves in hot water recently over a tone-deaf joke, here are four types of joke you should avoid adding in to your routine.

Let’s start with the most obvious. Rape jokes are not funny. That’s not an opinion, that’s a fact. There is absolutely nothing entertaining about a woman – or a man, for that matter – being forced to have sex without their consent. A recent study showed that 20% of women – that’s one in five – have been raped or sexually assaulted at some point in their life. You are virtually guaranteed to have someone in your audience who has experienced something traumatic in this vein. Do us all a favour and drop the rape jokes completely.

Jokes about Minorities if You Are Not One

When a gay guy jokes about being gay or a Muslim woman jokes about being a Muslim it is funny. When a straight male comedian jokes about trans people or an able-bodied person makes a joke about disabled people, it is not funny. Now, there are two types of jokes about other people. One uses other people to show your own flaws. This is fine. The other type of joke is one that is made at the expense of this group of minorities. Comedy should be about punching up and making fun of those above us and in power. You shouldn’t be punching down at the vulnerable masses.

Attacking the Opposite Sex

A joke about your husband or wife can be entertaining. What is not funny, however, is someone who goes on a full on tirade about the opposite sex. Men who belittle women or women who viciously bemoan men will quickly be seen as sexist and, quite frankly, boring. In almost all scenarios your audience will contain men and women. The odd joke in good taste is acceptable and funny. Do not alienate one group by ranting about how awful they are for your entire set.

One popular tragedy that seems to creep into comedy routines is 9/11. It has been 17 years since the disaster – is that enough time to start making jokes about it? It is subjective but there are lots of people who will be hurt and upset if a comedian cracked a joke about a recent tragedy that claimed lives. Terrorist attacks, mass shootings, even extreme weather disasters are all murky water. Some comedians might be able to pull off a joke about one of them with precision and finesse. Others will end up being booed off the stage. If you can do your comedy sketch without them, I recommend you do.