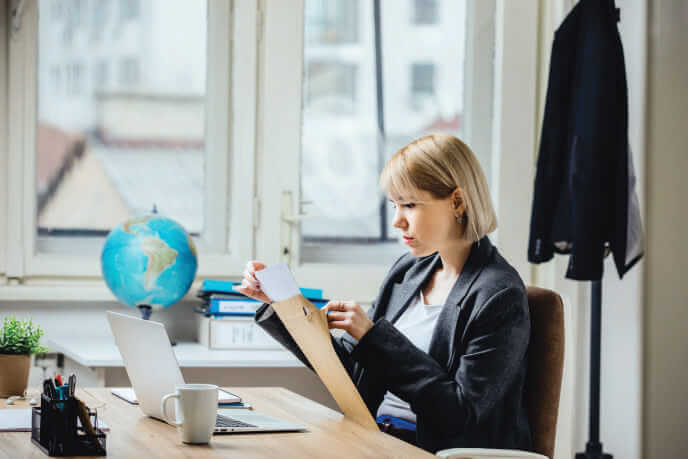 Women have come a long way when it comes to social equality in the workplace. Just a few decades ago, jobs for women were, for the most part, confined to nursing and secretarial work. Nowadays, we have women in business, law, politics, finance and all the other traditionally male-dominated spheres. Yes, these areas are still predominantly filled with men, but women and slowly but surely making their mark on the sectors.

But, before we start patting ourselves on the back, we should be aware that our work is far from done. Women have more equality now than ever before but we still aren’t there yet. The #MeToo campaign highlighted how prominent sexual harassment in the workplace still is and the pay gap survey showed there is still a huge discrepancy between male and female salaries.

If you are a woman and you want to carry on the battle for female equality in the workplace, here are some things you need to stop doing right now.

Becoming a Maternal Figure in the Office

As much as you might love helping people out and looking after people, if you want respect you’re going to have show some tough love. Studies have shown that women who bring baked goods into the office and offer to help people out are less likely to be considered for promotions. It’s a harsh truth but there you have it. How often do you see men bringing in muffins and fretting over people? This doesn’t mean you have to be a bitch, but showing that you mean business and adding a little ruthlessness will show you are a strong, authoritative figure.

In a huge study that was recently conducted, which looked at emails written by males and females, it was shown that women are more verbose than men. The average female email contained 30 words, while males’ contained 28. This was attributed to women being less to the point and using phrases such as “if you wouldn’t mind” and “could you possibly”. Cut the fluff from your emails and be direct. A simple “I need you to do this. Thanks” will suffice.

Being Low-Key About Their Amazing Work

If you’ve just completed a big project or got a deal done, tell your boss about it. Don’t keep it quiet or, even worse, let someone else take the credit for you. It might seem a little crass to toot your own trumpet but if you don’t make yourself noticed in the workplace you are going to be passed over for opportunities that you deserve.

You don’t want to be known as the whiny bitch at work. No matter how stressed you might be and no matter how bad your day is going, try to find the positive. A positive attitude is infectious and will lighten up the mood of your colleagues purely by osmosis. Staying positive and level-headed is a sign of strong leadership and will make people respect you more. Also, avoid workplace gossip as much as possible – all it does is enforce negative female stereotypes.

Assuming People Know What You Want

People are not mind-readers. If you want something you need to ask for it. Be clear be assertive. Women can sometimes be intimidated by being too direct. They don’t want to ask for a raise or a promotion because they don’t want to make the respondent feel uncomfortable if they have to say no. You need to move past this. The reason men get more promotions is because a lot of them don’t care about this. If they want something, they ask for it and you would be amazed how often they get it.