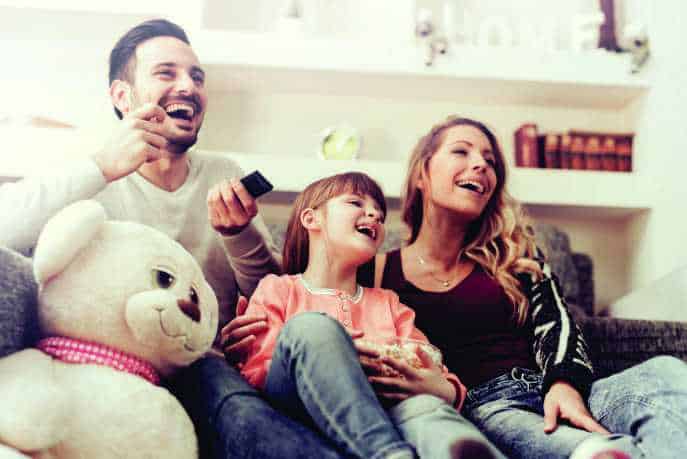 Sometimes you just want to laugh until your sides split. What are the shows to watch when you just want to laugh. Maybe you’re having a rough day and you need cheering up or you’re having a great day and want the good mood to last. Whatever the reason, laughter is almost always a welcome addition to your life. Fortunately, the powers that be in the world of television are well aware of our love of laughing and have spent decades perfecting the art of the comedy series.

Browse through any online streaming platform and you will find everything from the wittiest jokes to slapstick stupidity. But, some TV shows are a cut above the rest when it comes to laugh factor. Here are seven of them.

Get ready to laugh until you cry with this quirky TV series. There are three seasons to enjoy and three very different characters to laugh at. The premise is simple: Bernard Black is a grumpy alcoholic who runs a book shop and hates everyone. Manny is his shop assistant who he abysmally maltreats and Fran is his neighbour who is in equal parts insane and lovable. Their shenanigans are hilarious and their friendship is bizarre. Enjoy.

Peep Show is the ultimate when it comes to cringe-inducing comedy. From the creative minds of David Mitchell and Robert Webb, the show follows two mediocre men (Mark and Jeremy) as they stumble through life and everything it throws their way. The chemistry between the characters is incomparable and the show has a whopping nine seasons for your binging pleasure.

Oh so stupid and utterly hilarious, Arrested Development is the story of Michael Bluth (Jason Bateman) and his highly dysfunctional family. With his father in jail, Michael is in charge of trying to control his three siblings, mother, son, and niece. Every episode is comedy gold and the jokes range from high-brow to totally puerile.

Parks and Recreation is a heart-warming comedy about a local government employee called Leslie Knope (Amy Poehler) and her colleagues. From the happy go lucky Leslie and Tom to the sarcastic and hate-filled April and Ron, there’s a character for everyone to identify with. Watch as the team try, and fail, to make the town of Pawnee, Indiana a better place.

For a show with such a dark premise, Kimmy Schmidt is one of Netflix’s funniest creations. For 15 years, Kimmy Schmidt was held captive in a bunker by a crazy kidnapper posing as a priest. When she is finally found and released she moves to New York has to reintegrate into society. With the help of her friends Titus and Lilian, and her half friend/half boss Jacqueline, she slowly manages to overcome the past and move forward.

The lovable Jake, played by Andy Samberg, is a cop who gets away with bending the rules every now and then because he is so good at his job. The show follows him and his team of fellow law enforcers as they take down bad guys and deal with their on problems on the side. Brookly Nine-Nine is mostly about laughing but will catch you off guard once in a while with a truly poignant moment.

There are two versions of the office: the original UK version and the US version. We are focusing on the UK version here because it is better. It’s as simple as that. The mockumentary style show follows the workers of Wernham Hogg paper company and their cringey boss David Brent, played to perfection by Ricky Gervais. Every character is funny in their own way and the show is equally hilarious and painfully awkward.