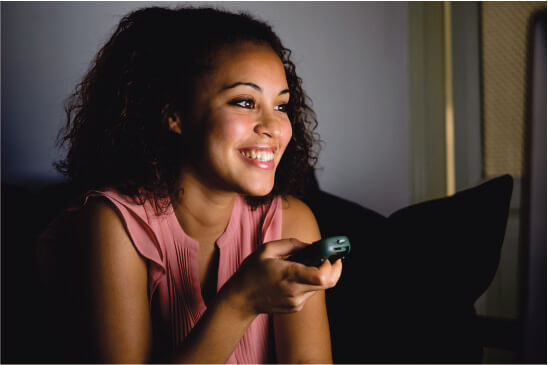 There are some days when all you want to do is curl up in a ball and watch funny videos on YouTube. We’ve all been there and there’s certainly nothing wrong with spending your entire Sunday in stitches as someone or something unwittingly does something incredibly amusing on camera. Naturally, there are a lot of videos that claim to be side-splittingly funny vidoes but are in fact not particularly entertaining. To save you the heartache of this kind of disappointment, we have compiled a list of videos that will make you laugh time and time again. Read on to see what we reckon is the crème de le crème of YouTube comedy.

If you described this video to someone you would be left red-faced as they raised their eyebrows in confusion as to why you find this funny. Objectively, a man running through a field shouting after his dog who is chasing a pack of deer doesn’t sound that funny. However, never judge a video by its description. There is something exceptionally entertaining about this incredibly posh man screaming after his peculiarly named dog while it causes what can only be described as a deer stampede. You know what? Just watch the video.

In equal parts funny and adorable, this entire video is just a little boy struggling to get his words out. Once again, the video is much better seen than described but it is guaranteed to make you giggle but also want to give the kid a cuddle – especially when he finally manages to spit it out at the end.

Perhaps the best bit about this video is the 7or 8 second build up before the cat actually jumps. There are plenty of hilarious videos of animals doing stupid things online but this is among the best. Never will you see a cat that is so bad at being a cat as in this short but brilliant clip. I defy you not to watch it at least 5 times in a row – in fact I encourage you to as it gets better with every watch.

We’ve all seen clips of tumbleweed rolling across an open plain but it’s not everyday that we see a trampoline rolling across someone’s front lawn. The trampoline on the loose, however, is only half of what make this video so amusing; the other half being the narration of the man behind the camera who clearly can’t believe what he’s just seen. We love this because it’s silly and entertaining. The ultimate combo.

What could possibly be better than a dumb kid being a dumb kid? This clip went viral quite a few years ago now but it’s still a YouTube classic. This kid leaves the boring adult news reporter momentarily speechless after his completely irrelevant response to her rambling. A brilliant example of kids just not giving a toss about adults and their jobs, we really hope this kid has grown up to be just as indifferent to everything other than his love for turtles.