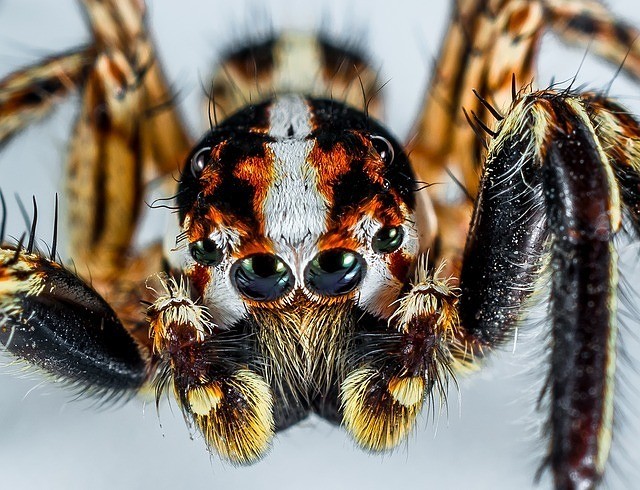 Nature has always been incredible. It is so in more ways than one. It provides for us every single thing we need for survival, from the air we breathe even to the raw materials that our motor vehicles are made from. Yet it doesn’t stop here; nature is showing us useful ways we can get different things done more efficiently. In areas like medicine, electronics, robotics, various areas of engineering, fluid dynamics, optics and architecture what scientists are learning from nature is being applied.

It is creatures that are pointing the way. Creatures of all sizes, be it houseflies or whales! Biologists, after studying these creatures, have made fantastic discoveries in the sophisticated mechanisms they do use. These are mechanisms that engineers can put to use and create better products that will function more efficiently.

The jumping spider’s vision system, for instance, was the fantastic discovery that led engineers to the possibility of enabling 3D cameras and robots to measure distance from objects. The spider, in measuring its jumping distance, uses a layered retina in its primary eyes. This retina type processes green light, receiving it in both sharp and blurry focus. With these two images to work with the creature can measure precisely the distance it must jump. 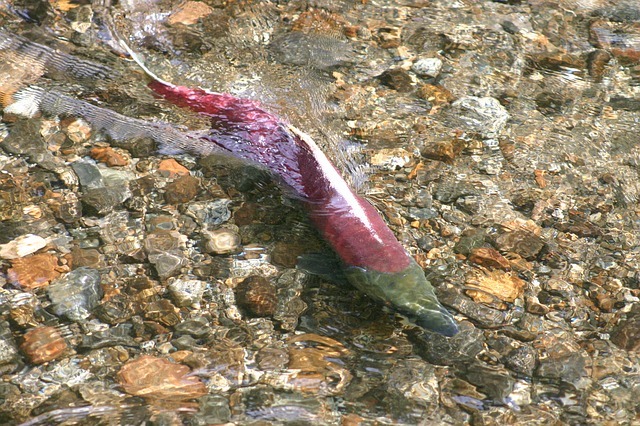 In the hydropower environment engineers see how they can harness energy from water moving less than five knots. Salmon moving upstream avoid turbulence by moving through calm areas within vortices. Vortices occur where rocks and other objects appear in water, and some fish can create vortices with their own bodies. This use of vortices will enable electricity to be generated from water moving as slow as two knots. 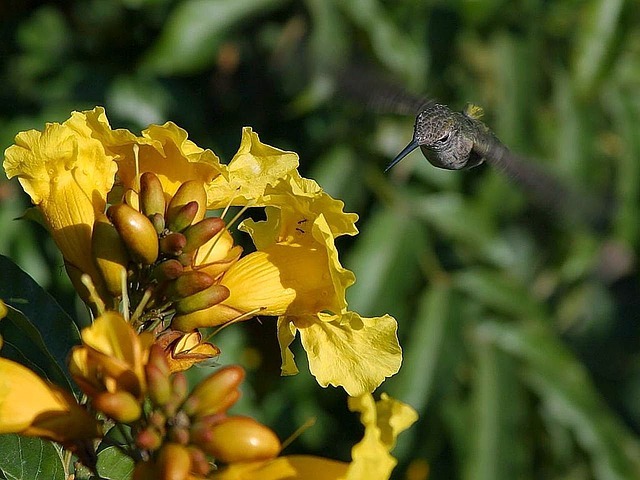 There is a challenge facing researchers in the microfluidics environment. That of moving tiny portions of liquids for study. The trouble is suction devices used are inefficient. But new knowledge comes with the humming bird’s tongue and such worries will be no more! The bird’s tongue curls into a straw and nectar moves upward easily by cohesion so that the bird doesn’t even have to suck. Engineers will create a fine tool for use in laboratories by looking more closely at the animal’s technique. 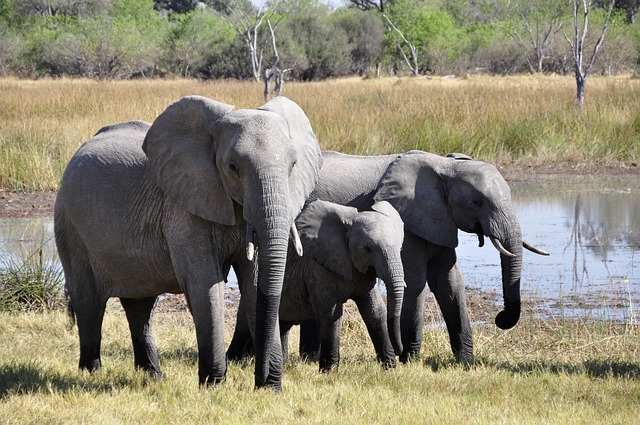 Now, picture the elephant’s trunk as a robotic arm. This arm could do a multitude of things both in industry as well as domestics. It could grab, it could lift weight or very small objects, it could handle water, it could move in any direction. The creators of the robotic arm are even pleased to have created a machine that can work safely with humans. 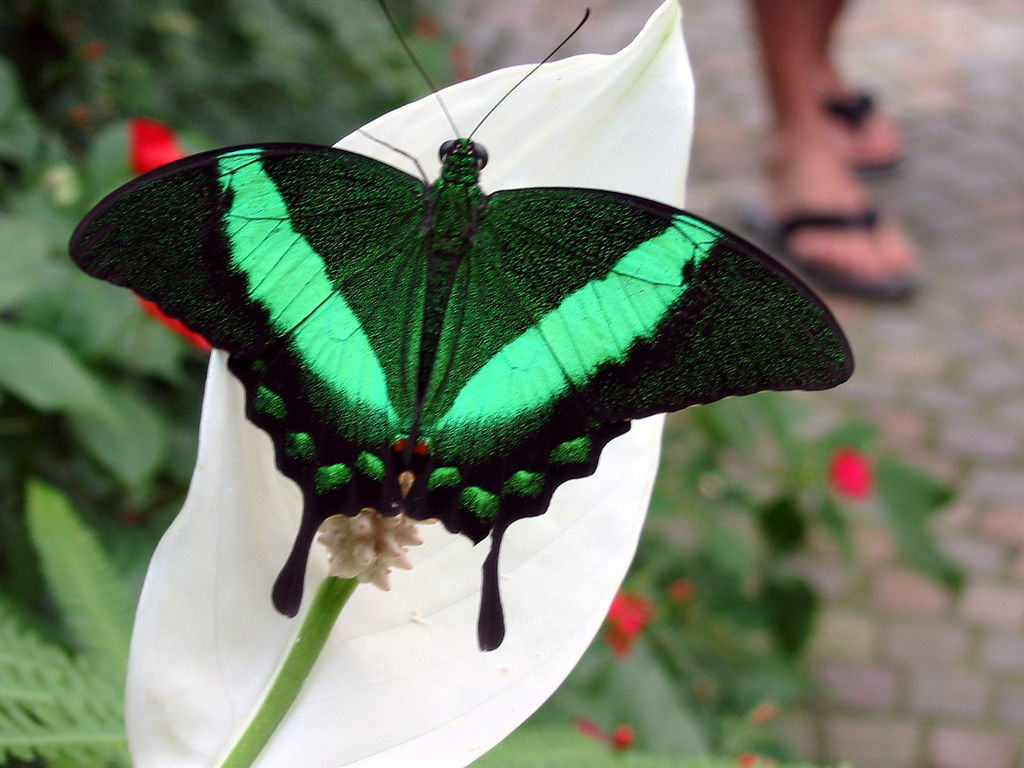 What from the Papilio blumei butterfly’s wings? The animal’s wings reflecting light show different colors at different angles. Studies learnt that there are concave surfaces along the wings that process light, some areas reflecting a different color light directly, while others amplify and polarize light resulting in structural color. A mechanism as this could be useful in creating solar cells that are better able to trap energy from the sun. It could also be the answer to making credit cards and banknotes less easy to forge. 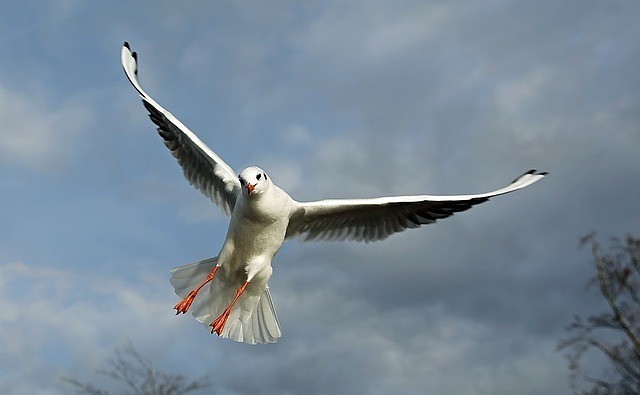 From butterflies to seagulls. Counter-current heat exchanges in seagulls’ legs cool blood to within freezing point when it reaches the legs, then reheat it as it leaves enabling the animal to conserve body heat. Human engineering projects that conserve energy in this way have the seagull study to thank for it. 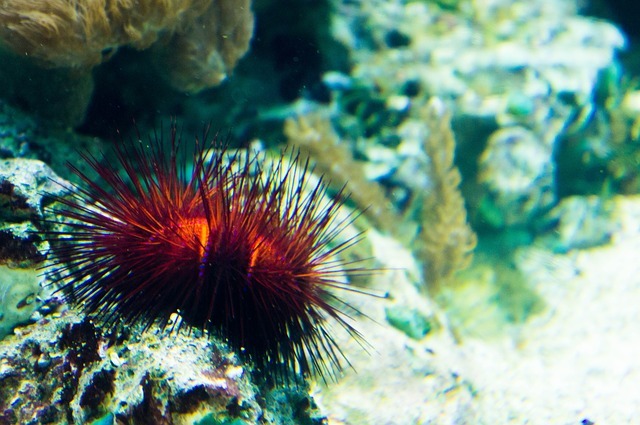 More! The idea of crafting cutting tools that sharpen as they are used could have its reality in the way a sea urchin’s tooth self-sharpens. The crystalline tooth sheds the worn layers and exposes a new sharp surface which will in turn be shed later after it becomes worn only to again expose sharp surface. If engineers can master the technique a new era awaits cutting tools.

Such an era could dawn in medicine also in the area of mending fractures. The environment has always found the use of metal challenging when it involves small bones. What would be needed is an adhesive that could function within the body’s wet conditions. The sandcastle worm pointed the way. The creature makes glue in its thorax and cements sand and shell pieces together with this glue to construct its underwater home. The glue dries very quickly regardless of water around the structure. If creators can copy the worm’s glue their challenge would be to make the adhesive biodegradable so that it dissolves with healing. 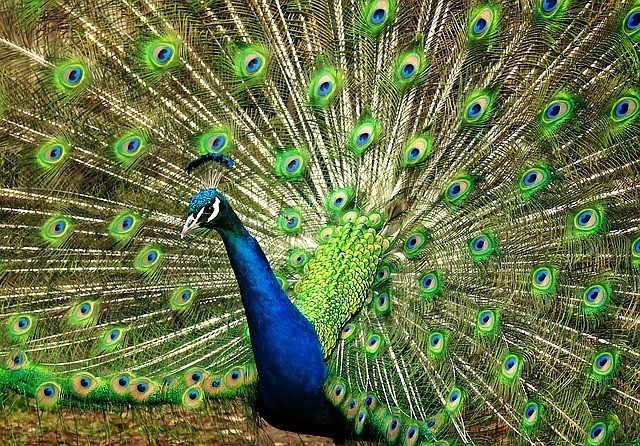 There could be no end to nature’s incredible guide and Annick Bay, physicist, puts it best, “… it shows how much we can learn by carefully observing nature.” Overlapping scales on a butterfly’s wings show how high tech coatings that are dirt-and-water resistant can be designed. The ability of the peacock mantis shrimp’s eye to convert all colors of polarized light, shows how DVD players could be developed to play discs with a lot more information than they can now. The tough shell of the scaly foot snail points the way to better bulletproofing, tougher helmets and hulls in ships and aircrafts. Scales covering the lantern of a photuris firefly point the way to electronic devices with improved LEDs.

These are nature creatures that have been around for a long time. Indeed, the animals have been here before humanity. They have been around perhaps for hundreds of millions of years with their body structures and mechanisms. Man came on the scene and after five thousand years we begin to discover from animals ways we can get things done better – new technology, advancement. Yet these are things the animals have always been doing and for millions years! They are old ways yet they bring us new technology. This is simply amazing.

The adhesion of the American house spider’s web, the ear of the South American bush katydid, the tail of the agama lizard set the trend for more efficient bandages, more accurate hearing devices and ultrasonic engineering technology, and more-agile robotic vehicles that search for survivors after disasters. The brittle star’s microscopic lenses, the humpback whale’s flipper bumps, the haltere of the housefly inspire improved microlenses for, example, telecommunications; boat rudders, water turbines, and helicopter rotor blades that are more efficient; and improved micromechanical flying insects and space vehicles. Simply amazing! One researcher observes, “Nature is full of engineering marvels that have inspired mankind for centuries.”