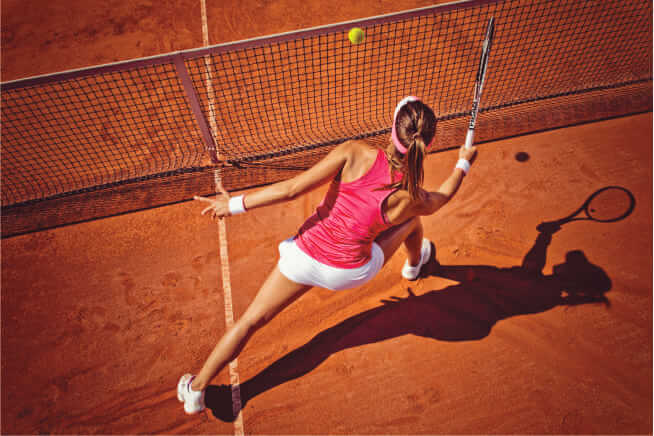 Sportsmen have long been held in high esteem by the world at large but it’s about time the ladies took the spotlight. Women are killing it in the world of professional sports and it looks like this is just the beginning. Setting powerful role models for youngsters around the world, here are four of the most inspirational sportswomen in the sporting world right now. All sportswomen will find them more interesting.

Here is a great sportswoman. She is the highest paid female soccer player in history that needs no introduction. Her list of accolades is endless – the youngest member of a team of runners up at the 2011 World Cup, she was an Olympic gold medallist with the US national team in 2012, selected as part of the US Women’s National Team All-Time Best XI in 2013 and was part of the FIFPro World XI in 2016.

Her global influence is displayed by her numerous endorsements with brands such as Nike, Coca-Cola, AT&T – the list goes on. Alongside several USWNT teammates, Morgan successfully challenged the US Soccer Federation in a legal dispute over female players’ pay in the national team.

Last year, Morgan broke further ground, becoming the first female sportsperson in the US to commit to The Common Goal Campaign, where athletes worldwide donate 1% of their salaries in support of soccer related charities.

Is she the greatest of all time? “If I were a man, then it wouldn’t be any sort of question”, she says – and she is not wrong. Williams is up there with the greatest and most admirable sportspeople of all time. Fellow tennis immortal Roger Federer said as much in an interview before the French Open this year. She has dominated tennis, amassing 39 grand slam titles. Williams was just 17 when she won her first US Open.

Her comeback to tennis after giving birth was interrupted by post-natal complications, yet Williams still finished Wimbledon 2018 as runner-up.

An honest and outspoken champion of women’s rights and social justice, Williams transcends tennis. With a list of endorsements to rival any of her peers’, she has an independent clothing line with HSN, whilst she also appears in the music video of the Beyoncé track ‘Sorry’.

There is no question of it – Rousey is a pioneer. She was the first female UFC fighter, first UFC bantamweight champion and the first woman to headline a 1 million selling pay-per-view (twice). In July she became the first woman to be inducted into the UFC hall of fame. Not bad for a career in MMA that lasted only 5 years.

Less than a year after UFC president Dana White declared UFC had no place for a female fighter, Rousey’s flair and brutal taste for victory had changed his mind. Rousey has always been conscious to change perceptions of female fighters. She has repeatedly made her point that fighting “is not just a man’s thing” – her achievements certainly attest to this.

No longer a UFC fighter, Rousey now has a full-time contract with WWE.

At 4ft 8in and just 21 years of age, Simone Biles is one of most decorated US Olympians of all time. Biles has won a staggering 19 Olympic and World Championship Medals combined, making her the most successful gymnast in US history. Her sheer power, talent and athleticism combined with her affable disposition ensure that she is one of the finest sportspeople of her generation.

The gymnast is also one of the most marketable women in the world at the moment. She boasts an impressive list of endorsements with the likes of Nike, Kellogg’s and United Airlines. There is no doubt that Biles ranks alongside the likes of Serena Williams when it comes to all time greats of their respective sports.