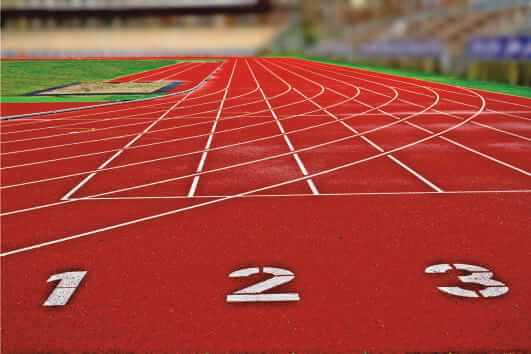 Nowadays the world of sports is about more than just being good on the pitch. Sportspeople are revered by youngsters around the world and have the opportunity to present themselves as powerful role models to inspire the next generation of athletes. Unfortunately, all too often we see scandals and egos dominating the sports headlines, showing us the darker side of the sports world.

However, there are some men and women who give the sporting scene a good name. These are individuals who haven’t let the fame and money go their head and who are committed to achieving and inspiring. In 2017, we saw a number of men and women who truly deserve our awe and recognition.

Now playing for the Cleveland Cavaliers, this superstar basketball player shows you can be at the top of your game without sacrificing your integrity. Wade has promoted fatherhood relentlessly on social media in the hopes of setting an example for other young men around the globe. He has also spoken out against violence in his hometown of Chicago and has set up his own fund that aims to decrease violent crime in the city.

You have probably heard of John Cena. Starting his career as a wrestler, Cena has gone through quite a career journey, which has included a stint as a rapper and as a TV presenter. But, what is most impressive about him is his commitment to philanthropy. He currently holds the record for the most Make a Wish requests and has, to date, fulfilled over 500 requests. That’s 500 youngsters he has made smile simply by giving up some of his time to make an appearance. Cena has also been involved with anti-bullying campaigns and cancer research awareness.

Admittedly Jessica Ennis-Hill has retired now, but that doesn’t stop her from being one of the most inspirational athletes of our time. Three times World Champion, Ennis-Hill won a myriad of Olympic, international and national awards for her excellence in track and field. She also took a public stance against rape when she told Sheffield United that she would not allow them to use her name on its stadium if the team offered then-convicted rapist Ched Evans another contract. On top of that, she is portrayed as a family woman who is capable of being the best whilst still making time for her son and husband.

You might not have come across this name before, which is a shame. Charlotte Edwards recently retired as the captain of England’s cricket team after making her debut in 1996 as the youngest player to have ever been on the team. Since the beginning of her career she has won award after award and has been heralded as one of the strongest leaders ever to have been seen in women’s cricket. She was also the first ever female cricketer to have scored 1000 runs. In an area that is dominated by men, Edwards smashed through the gender barrier and showed us what women are capable of.